Take the adjective out and replace it with any other word, chances are, the title of this piece will remain correct.

As chroniclers of history in the making, journalists enjoy an oftentimes unimpeded courtside view of events – and in most instances, full access to the backstage -- and be privy on how an event is to unfold.

As artisans of public opinion or perception, journalists rub elbows with the high and mighty, walk the corridors of power, or get wined and dined as part of a calculated spin.

It is quite normal for journalists to find themselves inside a grand ballroom to cover a stately affair of the well-heeled one evening, and wake up the next day and find themselves walking the filthy, microbe-riddled streets of a slum to document the life of somebody who couldn’t afford a pair of second-hand sneakers.

A journalist can ride the jeepney, taxi, helicopter, a Hummer, habal-habal, tartanilya and kuliglig – or get chased by rampaging floods or lahar -- all in one day -- in pursuit of a story. 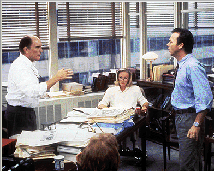 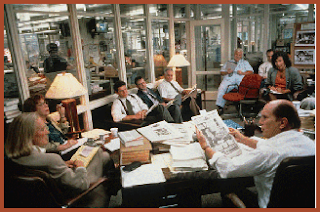 The adventure, drama, sheer suspense and adrenaline high – oftentimes lionised on the silver screen (like my favourite journalism movie, The Paper) – are some of the very reasons why many opt to stay in this profession in spite of the low pay, long hours and unending deadlines.

I wuz reviewing my outbox when I found a piece written by the late Larry Sipin which I sent to Jay Hilotin way back in 2006.

Larry (then writing for the Manila Times) narrated his friendship and (mis)adventures with Tony Modena, who as our envoy to Israel took heavy fire for comparing Israel's immigration police to Hitler's dreaded gestapo. Larry's piece gave real faces to this entry's title.

Sirs Larry and Tony belonged to a generation of Filipino journalists where only the best survive.

Both of them have since moved on to the Great Newsroom.

Rumour has it that Amba Tony -- who became my regular YM mate especially at the height of the Lebanon conflict of 2006 -- was suspicious of what Larry was up to when he suddenly turned in his last copy in mid-2006 that he followed him pronto. 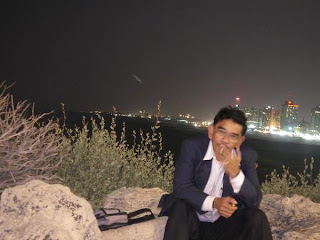 (Ambassador Tony Modena in a pensive mood in Tel Aviv)


Antonio Modena was the first media friend I ever made. Actually, Tony made me his friend. Here’s how our friendship began: After serving time at the police beat, then mandatory for rookie reporters, I was assigned as backup to the regular reporter covering Elliptical Road. In those days, when live reporting was virtually unheard of, mornings and early afternoons at the beat were lazy. The reporters sprang into action and did the rounds of government offices on Elliptical Road only when deadline neared.

The boys spent mornings and afternoons lounging at the pressroom of Quezon City hall. Greenhorn that I was, I didn’t even know there was a pressroom. I would hop from one office to another—the Quezon City courts, Coconut Authority, National Housing, Agriculture, Natural Resources, Agrarian Reform—gathering news and doing interviews, and be at my paper (I was then with the Bulletin) to write my stories (fax and e-mail were beyond wild imagination) before the regulars did their daily round.

Such industry on my part could not but result in a few scoops, which went unnoticed because they were small, minor stories that the regulars wouldn’t waste time on. Except for one regular so extremely zealous about his work that he was jealous of scoops no matter how inconsequential.

The zealous, jealous one was Tony Modena, then a reporter with the Times Journal. He sought out this "iskupero." From then on, I no longer scoured Elliptical Road for news by my lonesome. I became a tandem with Tony Modena, who stuck to me like a leech to guard against scoops. The tight guarding became a lifelong friendship.

EXPLOITS. Tony Modena once busted a bogus marriage syndicate by "marrying" fellow Times Journal reporter Lourdes "Chuchay" Molina (who went on to become editor in chief of Malaya and, later, Today) before a "minister," later exposed to be a fake. The realism of the Modena-Molina "nuptial" was such that Tony broached a honeymoon. The blue-eyed Chuchay, heartthrob of my generation of journalists, thought Tony was joking, well, he was not.


Tony once tried to bust a white slavery ring by presenting femme fatale Monica Feria, then with the Daily Express, to a suspected funhouse maintainer. Tony introduced Monica as "Cherry." After sizing up "Cherry," the maintainer took Tony aside and whispered, "OK sana si Cherry, pero may edad na." At the time, Cherry-Monica was barely in her early 20s. Tony informed Monica of the rejection only after they were out of the maintainer’s premises. Otherwise, Monica would have gouged the guy’s eyes from their sockets.

In another investigative episode, Tony and I did a probe that resulted in the padlocking of a club notorious for live sex shows. I don’ know about Tony, But I confess I enjoyed the "research" and was sad when we were done gathering materials for our exposé.

Hey, don’t think that Tony’s writings were all sex-inspired or sex-oriented. Tony was one reporter who saw stories everywhere, and could produce stories from anywhere.

Like, one time, he got the goat of an editor who punished him with an assignment to cover cemeteries. It wasn’t All Saint’s/All Soul’s days, so what story could he possibly draw from the graveyards? Well, Tony produced a widely acclaimed series on squatter pockets in cemeteries—the poor living with the dead.

As president of the Times Journal labor union, Tony led a protracted newsmen’s struggle for workers’ rights and benefits that went all the way to the Supreme Court. The Times Journal union leadership subsequently resigned—or were they fired?—but soon regrouped to form the nucleus of press freedom icon Joe Burgos’ Malaya.

Now, it can be told. It was to Tony Modena, then desk editor of Malaya, that former Sen. Ernesto "Boy" Herrera, a member of the Agrava board, which investigated the Ninoy Aquino assassination, entrusted a copy of the board report for dissemination to the world should it get suppressed by the dictator.

And it was Tony Modena who lured me back to newspapering. Raising a family, I left journalism for a much better paying job in advertising. One evening, he asked me to join a night out with the Times Journal unionists-turned Malaya vanguards. Modena volunteered my services to the group. I ended up spending my most memorable years in journalism, working and fighting with Tony and his group, disbanding and spreading out to other media organizations after Marcos fled.

Tony took the tough foreign-service officers’ examinations, emerging as one of only five or six passing examinees. He joined the foreign service, but stayed on as night editor in Malaya. He left journalism when he was given overseas postings. He has since served in Berlin, Germany and Paris. He is now our ambassador to Israel.

HERO’S WELCOME. Tony is presently in the news for standing up for the rights and dignity of Filipino workers, in the process earning the ire of Israel, his host government.

He’s home, but it’s not an account of his statements in a magazine interview, which the Israeli foreign ministry deemed as cause to declare him persona non-grata. In fact, days before the article was published, Tony texted me, asking . . . nay, demanding . . . that I keep my nights open from June 8 onward as he would be home.

Tony may be guilty of diplomatic faux pas, it’s never faux pas for a diplomat to fight for the welfare and interests of his countrymen.

I second the motion of Sen. Ralph Recto that Tony should not be censured, but instead be accorded a hero’s welcome. "Roll out the red carpet, give him a ticker tape parade, decorate him . . . he’s braver than Manny Pacquiao," enthused Recto. Hear, hear!

Posted by Ares Gutierrez at 4:52 pm 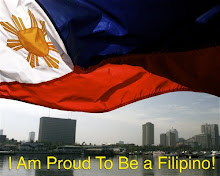 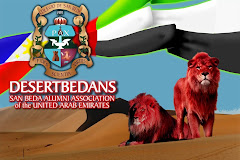